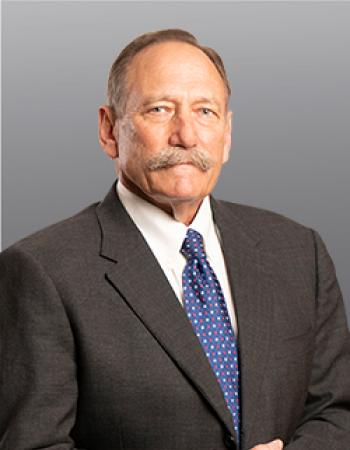 Dr. William Bruck is an orthopaedic surgeon specializing in back, neck, and spine surgery at Carrell Clinic.

A native Texan, Dr. Bruck spent most of his early years in Dallas. Graduating from Richardson High School in 1968, he attended Baylor University before transferring to the University of Texas at Arlington. He was the recipient of academic scholarships, as well as a member of the Varsity Swim Team and Alpha Chi Honor Society. Dr. Bruck graduated from the University of Texas Southwestern Medical School at Dallas in 1976 and completed two years of general surgery residency at Baylor University Medical Center. He then completed a residency in orthopaedic surgery at the University of Mississippi Medical Center in Jackson, Mississippi and the Scottish Rite Hospital for Crippled Children in Atlanta, Georgia. He followed orthopaedic residency with a fellowship in spine surgery at St. Vincent’s Hospital, Melbourne University, Melbourne, Australia under Harry Cook, MD, an internationally acclaimed expert in spinal surgery.

In 1981, he returned to Dallas to join the W.B. Carrell Memorial Clinic. Dr. Bruck’s special interests include spinal surgery, general orthopaedics and sports-related injuries. He is a Fellow of the American Academy of Orthopaedic Surgeons, a member of the North American Spine Society, and a member of the teaching staff of Baylor University Medical Center.

Married and the father of three boys and two girls, he enjoys wilderness camping, canoeing, running and cycling. He also spends time participating with his children in school, YMCA and athletics.