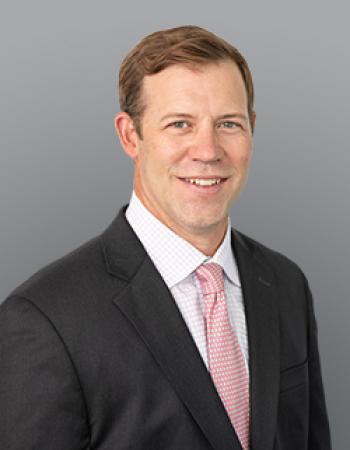 Dr. Scovell has returned to his hometown of Dallas, Texas with wife Lyle and three children, John Field, Maren, and Campbell. He joins the Carrell Clinic to anchor the new office at the Star in Frisco. He lived and practiced in Lubbock, Texas for ten years prior to his return to Dallas. There he served as a team physician for Texas Tech University including women’s soccer and the men’s and women’s basketball teams. He is also a former letterman in football at Texas Tech where he played wide receiver for Head Coach Spike Dykes.

Dr. Scovell is a native of Dallas and graduated from Hillcrest High School. He is the son of John and Diane Scovell and the grandson of Mr. Cotton Bowl Field Scovell. His interests include coaching his kids, spending time in his mom's hometown of Brady, Texas, and following the Texas Tech Red Raiders and area high school sports.

He graduated from Texas Tech with a business degree in 1996. He completed medical school at Texas Tech University Health Science Center in 2002. He completed his residency at UT Southwestern and Parkland Hospital in 2007. From there, he completed a one-year fellowship in sports medicine and shoulder reconstruction with Dr. Richard Hawkins at the Steadman Hawkins Clinic of the Carolinas in 2008. He specializes in arthroscopy of the shoulder and knee, and total shoulder replacements.