The 10 Most Common Football Injuries 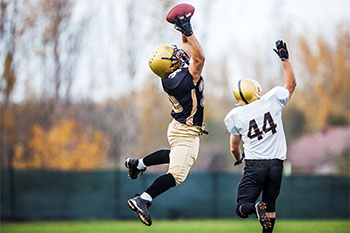 Football is one of the most popular sports in the US today and the kicking off the NFL season in September will likely trigger an increased interest in this highly-captivating and sometimes dangerous sport.

Let’s look at 10 common football injuries that both professional players and weekend warriors need to watch out for:

The physicians at Carrell Clinic are committed to providing the highest level of orthopedic care in Frisco & Dallas, Texas. Book an appointment with us today.