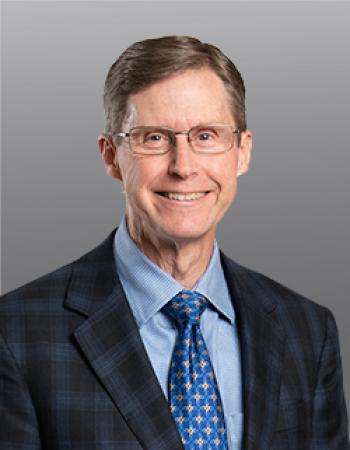 When he was 10-years-old, Dr. Sackett sustained multiple fractures in a car accident that left him orphaned. Near-death, he was attended by L. Ray Lawson, M.D., a physician with Carrell Clinic. He required a series of reconstructive surgeries, which were performed by the “grandfather” of pediatric orthopaedics, Walter P. Blount, M.D. (Milwaukee). To guide in his own rehabilitation, Dr. Sackett became a competitive long-distance runner.

Remaining in contact with Dr. Lawson as both patient and friend, he graduated from Tulane University with both a Bachelor and Master's degree. He earned a medical degree and completed a residency in orthopaedic surgery at Tulane University School of Medicine, which included training at the Hughston Sports Medicine Clinic and Hospital in Columbus, Georgia. He was awarded a Fellowship in pediatric orthopaedics and scoliosis at Shriner’s Hospital for Crippled Children (Tampa). Dr. Sackett returned to Dallas in 1989 to join Carrell Clinic.

Dr. Sackett is a Diplomat of the American Board of Orthopaedic Surgery and a member of the Pediatric Orthopaedic Society of North America. He has a special interest in pediatric orthopaedics and scoliosis and has authored numerous articles on infections of the hip and nonunion of distal humerous fractures (the failure of fractured arms to heal). Dr. Sackett is on staff at Children’s Medical Center of Dallas, Presbyterian Hospital of Dallas, North Central Surgical Center, as well as the teaching staff at Baylor University Medical Center. Dr. Sackett is also an orthopaedic consultant to the Scottish Rite Hospital for Children.

He is married to an anesthesiologist at the University of Texas Southwestern Medical Center and the father of one son. Dr. Sackett enjoys playing racquet sports, golf, and hiking.